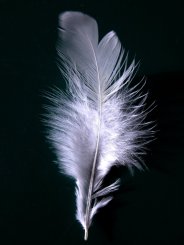 The American Kestrel Genoscape Project is a large-scale collaborative effort to develop high-resolution molecular markers for creating a spatially explicit map of American Kestrel breeding populations. This information will allow us to identify genetically distinct groups, population-specific trends, and migratory connectivity maps. Learn more about genoscapes here. *Please note that the data collection portion of the project is complete, and we are no longer accepting feather samples. Thank you!*

Our team has analyzed feather samples from 192 American Kestrels across their breeding range in the U.S. and Canada, and detected five genetically distinct groups: Alaska, Western, Eastern, Texas, and Florida. Our results suggest that these differences are likely due to different migratory strategies and geographic distance between groups, limiting gene flow between them. We detected differences between two year-round resident populations (Texas and Florida), between resident and migratory populations, and between Eastern and Western populations. Resident kestrels stay in place throughout the year, so they have less opportunity to breed with kestrels from other populations, limiting gene flow between them. Although migratory kestrels may come in contact with resident kestrels during migration and winter, they are generally not breeding in the same locations. Lastly, eastern and western kestrels have different migratory routes and wintering grounds, causing them to be geographically isolated from each other. Although these five groups are genetically distinguishable, the levels of genetic differentiation were low, suggesting that kestrels do sometimes disperse between groups. These results will be important to understand population-specific trends, and responses to climate change and other stressors. Please stay tuned for our full publication, including maps, in April 2021!