Why do birds arrive at different times on their breeding grounds, and why are there differences in when they lay eggs, and in when those eggs hatch? Is the timing of these events genetically hardwired or are these behaviors driven by the variation in environmental conditions these birds face? 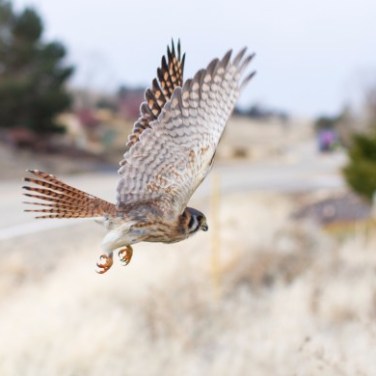 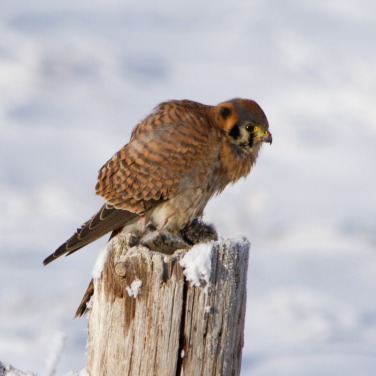 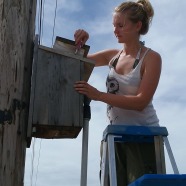 From trail cam photos and in-person visits, we collected timing information such as: the date kestrels arrived in nestboxes, when they laid eggs, when eggs hatched, and when nestlings fledged out of the nest box. 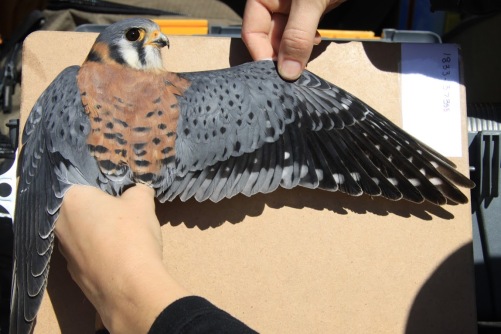 A feather sample is collected for genetic analysis 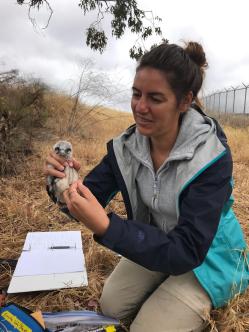 In addition to our kestrel breeding phenology data, our nest box monitoring efforts provided all kinds of fascinating data on predation, egg infertility and abandonment, and other species’ nesting phenology. Species using nest boxes ranged from starlings to flycatchers to owls; to squirrels and hungry snakes snacking on nestling birds; to infestations of wasps, ants, and kissing bugs. Although we were grateful that nest boxes provided easy hands-on access to breeding kestrels, we soon realized that they also provided refuge for many species that you’d rather not get your hands on!

In summary, the first breeding season of the Full Cycle Phenology project has been an unbelievable success and a major learning experience! Despite dealing with frustrating camera failures, nest predation, major insect infestations, and extreme weather events on DoD sites, we have made huge strides towards better understanding the variation in kestrel breeding phenology.

Stay tuned for more updates on our research as we head into fall migration season!

This research is supported by the U.S. Department of Defense, through the Strategic Environmental Research and Development Program (SERDP RC-2702).

Special thanks to the 19 DoD biologists and volunteers across 12 DoD sites who monitored nest boxes and provided invaluable on-the-ground help with logistics, camera troubleshooting, and species identification.